A Theatre for Dreamers:

An intoxicating novel set on Leonard Cohen’s Hydra in 1960, a place and a bohemian society that has captivated the world for decades

1960. The world is dancing on the edge of revolution, and nowhere more so than on the Greek island of Hydra, where a circle of poets, painters and musicians live tangled lives, ruled by the writers Charmian Clift and George Johnston, troubled king and queen of bohemia. Forming within this circle is a triangle: its points the magnetic, destructive writer Axel Jensen, his dazzling wife Marianne Ihlen, and a young Canadian poet named Leonard Cohen. Into their midst arrives teenage Erica, with little more than a bundle of blank notebooks and her grief for her mother. Settling on the periphery of this circle, she watches, entranced and disquieted,

Samson is an intensely sensual writer, conjuring up blue skies, the tang of wild herbs, the vivid splash of bougainvillea … As good as a Greek holiday, and may be the closest we get this year (Financial Times)

Spellbinding . An immersive read, steeped in nostalgia. Samson’s poetic prose is so evocative that, by the end, you find yourself googling those entrancing images of Hydra, 1960, just to wallow further in the poignancy of it all (Vanity Fair)

By the end the reader may be unable to decide whether Hydra enchanted or cursed those attracted by its primitive beauty, cheap rents and easy access to sex, drugs and performance poetry . A novel about the treatment of women by artistic men (The Times)

His appearance to discuss A Theatre For Dreamers and lockdown culture with Mary Beard, on BBC Front Row Late on Thursday 14 May, 2020. Also includes David and Romany’s performance of Leonard Cohen’s ‚So Long, Marianne‘.

David Gilmour: I became a fan very early on. I love his work. This last couple of years with dolly, going to hydra, has freshened him up enormously in my mind.

David Gilmour: And he got better and better. There are songs all through his career which are so brilliant.

David Gilmour: It’s just too many brillant songs. From the very last album that just came out „Thanks for the Dance“ is just a lovley Song. There is a Song called „Going Home“ there are just to many gorgeous songs. If it be your Will. There so many things where he tends towards religious overtones in some other things he does but didn’t claim to believe really in a god.

Mary Beard: One of my friends said it would be king of nice to hear Leonard Cohen singing Wish You Were Here, wouldn’t it?

David Gilmour: To late for that I think! 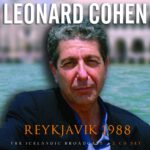 A RARE LEONARD COHEN PERFORMANCE FROM THE ICELANDIC CAPITAL Leonard Cohen s I’m Your Man Tour took place between April and November 1998 and consisted of two legs. The first shows of the tour were held in Germany after Cohen and his band went through a short promotional tour across Europe. The first leg of the tour consisted of 56 shows and ran from April to early July. Besides performing in Germany, concerts were held in Netherland, Sweden, Denmark, Norway, Finland, Spain, Portugal, Austria, Switzerland, Italy, Spain, France, England and Ireland. Unusually for a rock or folk music artist, Iceland and Greece also benefitted with Leonard performing in both Athens and Reykjavik. In July, Cohen and his band performed four concerts in the United States, two in New York City, one in Berkeley and one in Los Angeles. The final leg of the tour began in late September with concerts in Canada, and would continue with further shows in the United States. The final concert of the tour was held in New York City at the Beacon Theatre on November 16th. While many of the shows performed were commended for their excellence by fans and critics alike, it was the concert Cohen performed in the Icelandic capital, at the city s indoor sports arena, Laugardalshöll, with a 5,500-person capacity on June 24th 88, which was generally considered the finest of all. Cohen s version of Hallelujah performed at this very event has often been hailed as his best ever rendition of a song, which he must have played 1,000 times. Previously unavailable this quite surreal recording, made for FM Radio Broadcast, is now available for the first time on this superb 2-CD set. DISC 1 1. Dance Me To The End Of Love 7:44 2. Ain’t No Cure For Love 4:58 3. Who By Fire 6:48 4. Bird On The Wire 7:40 5. I’m Your Man 5:22 6. Sisters Of Mercy/Heart With No Companion 9:37 7. First We Take Manhattan 6:07 8. Avalanche 6:57 9. Chelsea Hotel 4:10 10. Tower Of Song 6:37 11. Stranger Song 5:11 12. Everybody Knows 5:53 13. Joan Of Arc 5:45 DISC 2 1. Story Of Isaac 5:57 2. Hallelujah 7:00 3. Passing Through 6:50 4. Take This Waltz 7:10 5. The Partisan 5:40 6. If It Be Your Will 3:47 7. Coming Back To You 4:01 8. Suzanne 4:06 9. So Long, Marianne 5:12 10. I Can’t Forget 4:08 11. A Singer Must Die 3:26 12. First We Take Manhattan (Second Performance) 6:38 13. Famous Blue Raincoat 6:34 14. I Tried To Leave 9:12 15. Whither Thou Goest 2:27 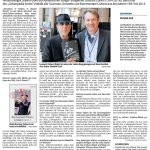