Bob Dylan and Leonard Cohen were namechecked: “They went beyond. They always stuck to their vision. For me, this is heroic.”

“When my son died, Leonard Cohen emailed me: ’I’m with you, brother’,” Cave told the audience. “It was one of the most meaningful messages I received at the time.”

The 53rd edition of the Montreux Jazz Festival kicks off today! Through July 13th more than 450 concerts are on offer for Festival-goers on 12 ticketed and free stages. Three of these venues are new this year: the Liszto Club, the Terrasse ibis MUSIC, and the Stade de la Saussaz, where Elton John will perform.

The opening weekend of the 53rd edition will be on fire with intensity! Featured, in no particular order: Janet Jackson for one of only two European dates, Sting on his “My Songs” tour, Bobby McFerrin, Ibeyi, Seun Kuti, Snarky Puppy, and, of course, Elton John and his farewell tour at the Stade de la Saussaz. That concert represents a colossal challenge that marks the history of the Montreux Jazz Festival. The Festival, outside its comfort zone, adapted to the artist’s wishes to ensure that a historic, mad event would be held in Montreux.

In addition to his gigantic project, the Festival continues to enrich and refine its offerings. From its beginnings, the Montreux Jazz Festival has always adopted the latest innovations and ways of enjoying music, both with the artists and the public. This particular type of agility has never taken away from the Festival’s spirit, and might even be part of its DNA, guided by the thinking of a founder for whom nothing was impossible.

Two free venues are making their entrance this year. The Terrasse ibis MUSIC is the first official Festival stage built on the lake. The Liszto Club, combining the Strobe Klub and Lisztomania, reflects a reality communicated by many young artists and festival-goers: the increasing permeability of musical genres. From contemporary jazz to hip-hop, these artists have in common having been weaned much more on playlists than on albums.

In the era of infinite streams of digital music, the Festival also believes that it can guide its public through its expertise and musical flair. Whether through the personalized program generator MJF Swipe or through a more human, editorial approach with the mobile application Montreux Jazz Insider, which brings together the community of fans of the Festival and offers them special deals and exclusive information. 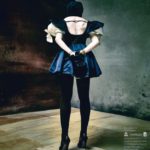 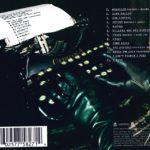 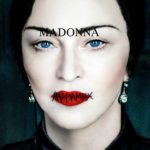 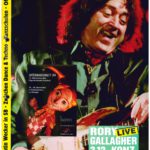 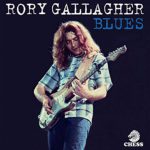 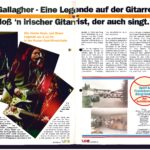 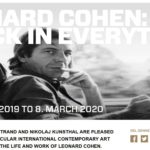 Some 40 international contemporary artists and musicians interpret Leonard Cohen’s life and work in a comprehensive exhibition, setting new standards for the encounter between music, literature and visual art in a contemporary art exhibition.

Drawing large crowds when it opened in November 2017 in Cohen’s home town of Montréal, the exhibition invites visitors to participate in several interactive works. In this way, the exhibition develops an immersive and engaging sensory experience.

Leonard Cohen: A Crack in Everything is organised by the Musée d’art contemporain de Montréal (MAC) and curated by John Zeppetelli, Director and Chief Curator at the MAC, as well as Victor Shiffman, Guest Curator. The exhibition is presented in Copenhagen by Kunstforeningen GL STRAND in collaboration with Nikolaj Kunsthal.

More about the Exhibition in the following book: 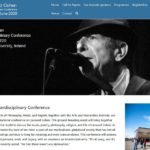 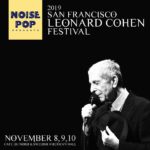