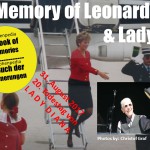 III, Full Concert on YOU TUBE

V. … when I Met Lady Diana and photographed her in 1993 in Luxembourg 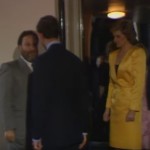 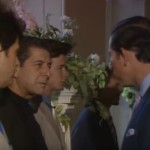 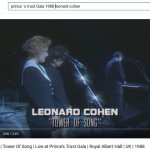 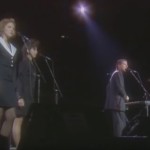 III, Full Concert on YOU TUBE 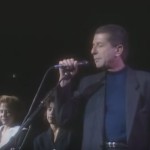 IV. Prince Charles On Leonard Cohen on YOU TUBE:

also once revealed in a TV interview that Leonard Cohen was “ wonderful „.

V. … when I Met Lady Diana and photographed her in 1993 in Luxembourg 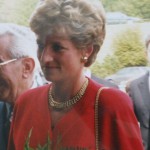 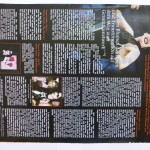 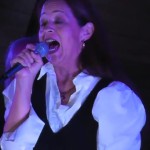 Students will next week gather at one of the world’s most famous universities to study the songs of Bob Dylan and Leonard Cohen.

Cambridge University’s Institute of Continuing Education is running a two-day course, called Changing Times, focusing on the work of Dylan and Cohen in the 1960s.

A spokeswoman said writer Jem Poster and musicologist Stephen Ferron would examine „lyrics and music“ during the course over the bank holiday weekend. 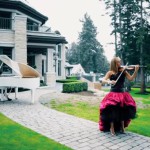 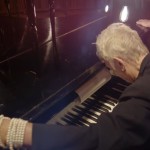 1. John Cale – A very impressing one 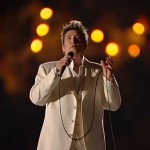 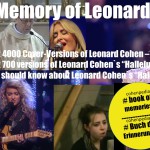 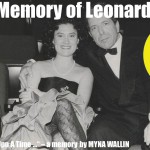 There I was, in black and white, looking more like my mother than I care to admit, in taffeta silk and pearls. Next to me, right next to me, with his hand draped over my shoulder, was Leonard Cohen. His eyes were smoky-wistful in a rock star way. He had a cigarette in his other hand, and he was holding it without remorse, in a way you don’t see very often any longer, especially by celebrities in the public eye. I have the smile of youth in this photograph, the smile of a girl who knows that meeting Leonard Cohen is her right and having him put his arm around her bare shoulder is inevitable.

It was 1980-something. After I took a seminar with a manager/producer on how to make it in Hollywood North, he asked me to be his guest for the Genies. He was famous for managing Howie Mandel from local stand-up to Hollywood rising star. For publicity’s sake he needed a pretty actress on his arm, but as soon as we arrived he quickly moved off to work the room.

At the after-party, there was Leonard, sitting alone. I’ve never been afraid of famous people; in fact, I’m drawn to them. Plus, I was wearing an off-the-shoulder Lacroix pouf dress and jewels from my mother’s safety deposit box. That gives a girl confidence. Looking back on it, I realize I resembled one of those toilet paper holders that are all skirt, with the Barbie torso poking out of it.

I happened to know the photographer at the gala.

“Tom,” I whispered, brushing my lips up against his ear. “Would you take one of Leonard and me?”

I sat down beside him, but it was a real struggle to sit gracefully because of all that extra fabric in my skirt. I thought about how much I loved his music, how I’d cried my eyes out to his mournful voice and lyrics so often. How much I loved him.

He was shy, reticent. He said hello back, in a gravelly voice. Asked me if I was enjoying myself.

“Put your arm around her, Leonard. Get in close. Yeah, that’s good.” I was embarrassed at this forced intimacy. But he put his arm tightly around me, protectively, and I felt his fingers grip my naked shoulder and arm. He leaned in towards me, his eyes sad. In his other hand the cigarette continued to glow. With Leonard in his tuxedo and me in my designer dress, this picture could land us in the pages of a tabloid. We could be romantically linked. In my mind, with the photograph above my desk, we always have been.

I didn’t make a play for him; it didn’t occur to me. I liked younger men, even back then. Dangerous ones in tight leather pants, method actors, jugglers. Now, I look at Leonard and find him irresistibly handsome: world-weary and endearing in his rumpled tuxedo. I want to reach back in time and loosen his bowtie, kiss him, have him sing to me. I want him to butt out that damn cigarette and unfasten the clasp of my pearls while he kisses the nape of my neck.

I could feel what it’s like to be the prey for once, the sweet young thing to his Cougar—if men were ever called such things. Bachelor, womanizer—rarely anything negative, especially if they’re good-looking, famous, or have money.

Would he taste of cigarettes or poetry? I wish I could remember what he said to me that night. I know he said something after the camera zoomed in and flashed. It was probably, “Lovely to meet you,” but I’m sure it was rife with subtext.

P.S.: Me, the webmaster saw that beautiful photo in the net and tried to find out, who this woman beside Leonard is. I found out, wrote to her and Myna was so kind to allow me to use taht pic in the cohenpedia and told me even the story, how that pic came true. Finally she told me, she is an author too and the story is to e found in her novel called Confessions of a Reluctant Cougar (Tightrope Books, 2010). Thankyou Myna for sharing that wonderful kind of „Remembering The Man“

p.p.s.: you can find that article also in the cohenpedia.de 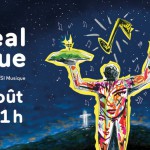 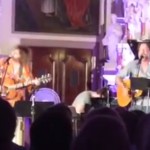 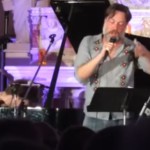 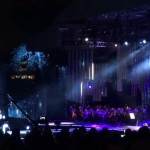 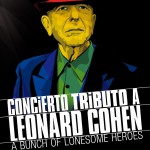