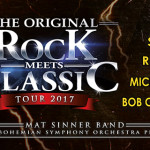 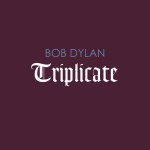 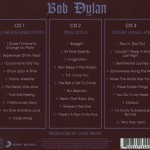 Twilight of the Rock Gods

For music fans, the recent flood of celebrity deaths has been overwhelming: David Bowie, Glenn Frey, Prince, Leonard Cohen, George Michael and Chuck Berry seem like a disproportionate number of superstars to lose in a short time span. 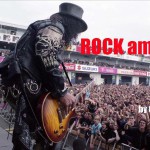 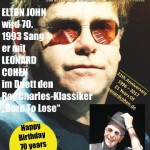 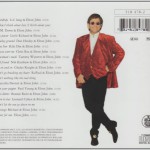 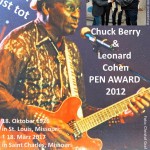 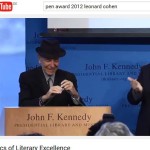 „Well this is a gig I wouldnʼt have missed for the world, I have to say. We were all having our picture taken backstage and I thought, this is the best photograph I have ever been in, and Iʼve been in one or two. I really have to say Iʼm really grateful to PEN New England for the initiative of doing this, and to everybody who made it happen. When I was telling my friends that I was going to come and have the privilege of giving an award to Leonard Cohen, they began to insist that I did certain things. All of these friends were women. One of them said I should kiss him for her. Havenʼt done that yet, Leonard. Another of my friends said, ‚You know, I live on Clinton Street, and Iʼd really like him to come make music for me all through the evening, and Iʼll even wear a blue raincoat.‘ This is a sign of how much regard and how deeply these songs have entered peoples lives. Yesterday, just as an experiment, I put on my twitter feed. I asked people what was their favorite Leonard Cohen line, and hundreds of people replied with an enormous diversity of lines from this extraordinary songbook. Several of them were among my favorites, but it was just both, the breadth of the response, how much different work was being responded to, how passionately it was being responded to, how much it meant to how many people. It was really very telling. Iʼve been listening to Leonard Cohenʼs music ever since I was an undergraduate at Cambridge (the other Cambridge; the old one). Itʼs really a thrilling opportunity to have a chance to tell him how much that music has meant to me for over four decades. I said to him before we came on that when we were kids he taught us something about how it might be to be grown up. How to have relationships that were in the real world, that were not kid stuff, but had the pain, the difficulty, the complexity, and the exaltation of real relationships to the real world of adult life.

Listening to his lyrics again before this evening, I was struck by something I had forgotten perhaps about how much religious imagery there is to be found in them. Jesus crops up in ‚Suzanne‘ and there are the ‚Sisters of Mercy‘ and of course there is the great Hallelujah. There has always been something anthemic, something hymn-like about Leonard Cohenʼs greatest songs, though when you start listening closely, you here his wit and his jaundice comedy and sometimes his disillusion undermining those hymnal qualities. Not many hymns would rhyme Hallelujah with whatʼs it to ya. Not to mention all the other rhymes in that which are equally non-sacred. I think itʼs true that all great literature begins at the level of the line. If you canʼt write a good line, you canʼt write a good paragraph, you canʼt write a good page, you canʼt write a good book. At the level of the line for all these years, Leonard Cohenʼs work has been amazing us again and again. This is work of great beauty and depth, and to put it simply, if I could write like that, I would. I think of poets in the twentieth century who have had a real relationship with meter and rhyme, and who have loved the playfulness of those things, and I think of W. H. Auden and James Fenton, and I think that the kind of playfulness of those rhymes in Hallelujah, for example, is something that an Auden or a Fenton would respond to very immediately because itʼs the kind of language play that you find in their poetry, but there is only one man who writes like this, exploring melancholy and exhaultation, desire and loss, as nobody else can, and so it is with great respect and admiration I am able to present this award. Now itʼs my great pleasure to present the 2012 PEN Award for Song Lyrics of Literary Excellence to Mr. Leonard Cohen.“ 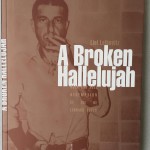 In this philosophical biography, Liel Leibovitz looks at what it is that makes musician/philosopher/poet Leonard Cohen an enduring international figure in the cultural imagination. Born into a Canadian religious Jewish family, for years a reclusive lyricist on the Greek island of Hydra, known for his bold political commentary, his devotion to Buddhist thought and his later despair over contemporary Zionism, Cohen hardly follows the rules of a conventional rock star. Yet the prophetic themes of his music, often filled with pessimism and apocalyptic visions, prove redemptive to an audience that spans generations, from those who listened in the 1960’s to today. As Leonard Cohen requires, this is a passionate and personal evocation of a man who appeals to the inner spirit of his fervent followers…

Now this book is updated and in French available…it will be out in April 2017…. more about it soon….