Vor 5 Jahren postete der admirer folgendes: „Security was very tight on this glorious and wet June evening but towards the end I hesitantly, then with more confidence, pointed my camera at the spaces between the heads in front and recorded (many partial): Hallelujah/Democracy/i’m your man/So long“, sind wir ihm trotz der strengen Security höchst dankbar, denmn das sind historische Aufnahmen:

and laast but not least: Leonard Cohens Final Words in his last Concert of the Fall 2008 Tour in The M.E.N. Arena Manchester november 30th 2008; postet by albertnoonan 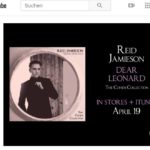 Returning to the German stage

A memory of the “Offenbacher Lesungen 2018/ Literatur im O-Ton,” by Christof Graf

The American singer/songwriter Perla Batalla accompanied the rock Poet Leonard Cohen twice during his world tours in 1988 and 1993. It has been 25 years since she last performed in Germany. On the occasion of this years “Offenbacher Lesungen,” under the motto “a different side of Leonard Cohen, she mainly performed the 2016 passed rock poet’s songs with biblical connotation. “Year for year, in the ‘Offenbacher Lesungen / Literatur im O-Ton’ series, the Max Dienemann / Salomon Formstecher Gesellschaft presents the pinnacle of German vocal artists, who present the works of Jewish authors,” says Anton Weinberg, chairman of the association, to the audience of the sold out hall of the “Alten Schlosserei,” in Offenbach am Main, at the beginning of the evening. “A novelty this year is the addition of Perla Batalla, a representative of a special style of vocal art, who in the 80s and 90s, was a member of Leonard Cohen’s accompanying band,” continued Weinberger.

And it was a good decision to take specially selected songs and texts of Leonard Cohen and to embody them through many art forms by the presenting artists: narrative art, literature and music. The literary embarking into “A different side of Leonard Cohen,” was made by the Berliner actor, author and director Hanns Zischler, who presented himself as a truly congenial interpreter of the Canadian-Jewish songwriter’s word art, as he recited Leonard Cohen’s biblical texts.

He breathed new life into the words of the rock poet, who passed at the age of 82 in Los Angeles, with “I had a very Messianic childhood…” from psalm 4, out of Cohen’s 1984 “Book Of Mercy.” More texts out of Leonard Cohen’s books followed, such as “Let me rest!” from Psalm 5 out of “Book Of Mercy.” Most of all it was the biblical references that should have shown “a different side of Leonard Cohen,” and at no point should it have been a “best of program.” In a similar fashion, texts such as “Genius,” “Folklore,” and “Lovers,” from “Flowers for Hitler – Poems and Songs 1956-1970,” were presented to the attentive audience by Hanns Zischler, who accented his performance with theatrical facial expressions and gestures. “Take This Waltz,” by Cohen’s favorite Spanish poet, Federico García Lorca, rounded out the literary homage to Leonard Cohen.

After that, Perla Batalla dove into the musical world of Leonard Cohen, with “If It Be Your Will,” from the album “Various Positions.” With strong emotions and a powerfully deep interpretation she reminded everyone of his eloquence, which was shown more and more with each of her eight performed songs on that evening.

Musical contributions from seven out of the 14 albums of the total works of Leonard Cohen were the focal point of the biblical evening with Perla Batalla. It did not matter if the songs were from the 60s, “Sisters Of Mercy” (“The Songs Of Leonard Cohen”), the 70s, “Who By Fire” (“New Skin For An Old Ceremony”), the 80s,“Take This Waltz” (“I’m Your Man”) or even from the 90s with “Anthem” (“The Future”); they all proved their ability to shine well after the death of their creator.

Perla Batalla was the musical companion of Leonard Cohen from 1987 to 1993. 2007 she released the tribute album “Bird On The Wire.” Since 2016 she has been touring with her so called “House Of Cohen” program, as a tribute to her erstwhile companion, through the U.S. She was the perfect cast for this unique, exceptional concert. Her voice is powerful and deep at the same time. Her performance is discreet, while still being full of presence. Her presentation is in service of the repertoire of songs; she does not distinguish herself, but the song and the author. In an elegant black and white dress, standing barefoot on stage, accompanied by musicians (Luis Cartes (Pianio), Marc Prat (Bass), Manu Corbalán (Guitar)) whom she gives space to unfold, the amicable singer further strengthens her ability to shine with the title song of Leonard Cohen’s last piece of work “You Want It Darker.” The song had its live premiere in Germany.