„This is the raw footage of an interview I did with Leonard in 1988 in Toronto at the Four Seasons Hotel“, explains Matt Zimbel on his YOUTUBE Channel. „… an interview … for a BBC/ABC/CBC co-production documentary music show I co-hosted called “Wired”. The interview has never been seen in it’s full length before. At times it will require your patience as the tape was quite degraded and we have done our best to restore, but felt the content should rule and therefore there are some spotty moments. Since this is a television interview one must quickly note that while the subject looks timeless, the interviewer is clearly the victim of vintage 1980’s „hairdressing“, which was shortly thereafter considered a fashion crime.

Leonard is a master interview subject; present, measured, funny, philosophical. His vocabulary is striking, but not in a pretentious way; for example he might call a tour, “an enterprise” or an abandoned idea would “overthrown”, to get out of something, one might “extract “ themselves…He speaks slowly, allowing himself time… to… consider… what… to… say. next. It is a journalistic seduction – one starts to wait for the considered words of the poet with great anticipation. But unlike so many of the famous, his willingness to connect appears so genuine. During our interview I truly believed there was no place he would rather be than talking to me.

I bragged to my journalist friends, ‘oh man, wait until you hear the interview I did with Leonard, it was incredible, he was so charming, so engaged…no question this is the best interview I have ever heard him do”.

“Really?” they would say, “he did a pretty great one on our show too”.

And then I would hear the interview on their show and it would be the same interview, just as warm, just as revealing, just as exclusive feeling… but not exclusive at all, God damn it.

PS: I later performed with Leonard in 1993. I miss him greatly, particularly his world view on human kind. He passed away the night before Donald Trump was elected President of the United States. “ 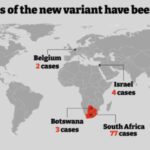 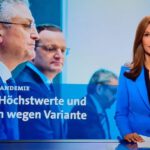 Judy Collins introduced Leonard Cohen to the world. His song „Suzanne“ became a hit for Judy Collins and was for many years his most covered song. Collins‘ use of Cohen’s material gave him his first successes and the duo’s working relationship persuaded Cohen to brach out as a performer as well as a songwriter.

Judith „Judy“ Marjorie Collins (born May 1, 1939) is an American singer and songwriter, known for her eclectic tastes in the material she records (which has included folk, show tunes, pop, rock and roll and standards); and for her social activism.

Here Judy talks candidly about her relationship with Leonard Cohen, his work, songs and her own interpretations of his material. 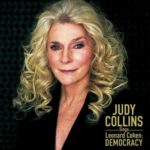 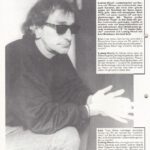 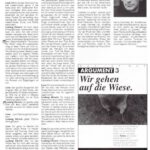 … taken from the book: