A little nostalgia may be allowed: The “blog.leonardcohen.de” is in its 7th year. In September 2014 I started my blog.leonardcohen.de as part of my website www.cohenpedia.de  Its origins go back to 1996. To date, there are 2346 free blog entries. The partly bilingual (German / English) entries are arranged according to calendar weeks and months. Concert reminders, information about past and present publications as well as links to further information are the central elements. In terms of content, the blog entries reflect my interests in pop culture, based on the art, life and work of the Canadian singer / songwriter and rock poet #Leonard_Cohen. But also Cohen-affine and – foreign artists and works attract attention in blog.leonardcohen.de again and again. Podcasts on the topic are currently being added. 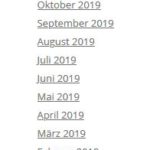 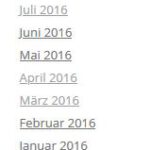 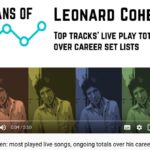 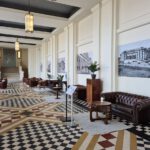 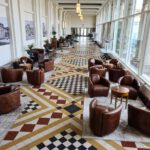 Jimi Hendrix was a tough act to follow under the best of circumstances. But to follow him onstage after midnight in front of a crowd of more than half a million people that had been setting fires and throwing bottles at the stage seemed like an impossible task for a poet with an acoustic guitar and a gentle band of backing musicians. Yet Leonard Cohen turned the volatile situation at the 1970 Isle of Wight Festival into one of the most magical performances of his career.

A little piece of land four miles off the southern coast of England, the Isle of Wight was host to three great music festivals from 1968 to 1970. The last of these was something of a cross between Woodstock and Altamont: flower power with an undercurrent of menace. Like the Woodstock festival the year before, the 1970 Isle of Wight festival was crashed by thousands of unpaying fans.

Headliners for the five-day festival included Hendrix, Miles Davis, the Who and the Doors. By the time Cohen appeared–near the very end of the rainy final night–the atmosphere had become dangerous. During the Hendix performance, someone threw a flare onto the top of the stage and set it on fire. Journalist Sylvie Simmons describes the scene in her book, I’m Your Man: The Life of Leonard Cohen:

Tension had been rising at the festival for days. The promoters had expected a hundred and fifty thousand people but half a million more turned up, many with no intention of paying. Even after the promoters were forced to declare it a free festival, ill will remained. During a set by Kris Kristofferson, bottles were thrown and he was booed offstage. „They were booing everybody,“ says Kristofferson. „Except Leonard Cohen.“

As Cohen and his producer and keyboard player Bob Johnston stood watching the mayhem during Hendrix’s performance, Cohen stayed calm. „Leonard wasn’t worried,“ Johnston told Simmons. „Hendrix didn’t care and neither did we. Leonard was always completely oblivious to anything like that. The only thing that upset him was when they told him that they didn’t have a piano or an organ–I don’t know, someone had set them on fire and pushed them off the stage–so I couldn’t play with him. Leonard said, ‚I’ll be in the trailer taking a nap; come and get me when you’ve found a piano and an organ.'“

According to most accounts it was a little after two o’clock in the morning when Cohen took the stage. His backup band, or „Army,“ included Johnston on keyboards, Charlie Daniels on fiddle and bass, Ron Cornelius on lead guitar and Elkin „Bubba“ Fowler on banjo and bass, along with backup singers Corlynn Hanney, Susan Musmanno and Donna Washburn. Cohen had a glazed-over look in his eyes throughout the performance, the result of his taking the sedative Mandrax. „He was calm because of the Mandrax,“ Johnston told Simmons. „That’s what saved the show and saved the festival. It was the middle of the night, all those people had been sitting out there in the rain, after they’d set fire to Hendrix’s stage, and nobody had slept for days.“

From the tribute compilation:
„Bleecker Street: Greenwich Village In The 60’s“ (1999)
Original by Leonard Cohen 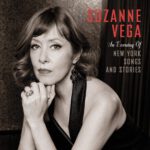 BLOG.LEONARDCOHEN.DE
http://blog.leonardcohen.de/?p=16023
„But there are also other New York songs that I would have liked to have written myself. Chelsea Hotel No. 2 by Leonard Cohen, Just Like Tom Thumb’s Blues“ by Dylan „. …says #Suzanne_Vega in German ROLLING STONE / September 2020 in an interview about her new record „An Evening of New York Songs and Stories“. Long time ago, in 1993 she interviewed Leonard Cohen for her own website. On February 16, 2014 at Paradiso @ Amsterdam Suzane Vega talked about Leonard Cohen … https://www.youtube.com/watch?v=uMSUgk1C3Fw&t=125s