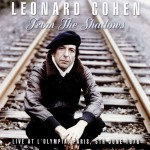 SUPERB BROADCAST RECORDING FROM PARIS IN 1976 The legendary Olympia concert hall, close to the Opéra in Paris, made a fine venue for this excellent 1976 performance by Leonard Cohen and his band. At this relatively early point in his musical career, Leonard was demonstrably more popular in Europe than in any other continent. He was particularly revered in France – hence there were no less than four consecutive concerts in Paris during his extensive 55 date European tour in the spring and summer of 76. Leonard was also, of course, a native of the French Canadian province of Quebec (although his home town, Westmount, was actually in an English-speaking district of Montreal). Of particular significance to the French audience was Cohen’s The Partisan, a poignant version of Anna Marly and Hy Zaret’s La Complainte Du Partisan, concerning the heroic struggle of the French Resistance during World War II. The song is often confused with another of Marly’s composition, the Chant Des Partisans, which was hugely popular in the 1940’s, when it almost became a second national-anthem alongside La Marseillaise. The Partisan remained a favourite staple in Leonard’s live sets, and he routinely sang several of the verses in French. However, further cementing his appeal to this Parisian audience, at this show he takes the unusual step of singing his classic Bird On The Wire partially in French as well. Another rarity during this remarkable performance is Do I Have To Dance All Night, of which there is no studio version in existence – just a live version preserved on a rare European 7″ single release. Also probably unknown to most of the audience prior to this evening is Store Room, a song that would only see a belated release more than 30 years later (as a bonus cut on the 2007 reissue of his first record). By 1976, Leonard Cohen had already released a quartet of highly acclaimed albums – all of which are represented in this concert s selection. His outstanding 1967 debut, ‚Songs Of Leonard Cohen‘, is featured by way of the solitary – but beautiful – Suzanne, while his sophomore release ‚Songs From A Room‘ (1969) contributes Lady Midnight and Story Of Isaac in addition to the aforementioned Bird On The Wire and The Partisan. Famous Blue Raincoat is drawn from ‚Songs Of Love And Hate‘ (1971) and Leonard’s then most recent album, ‚New Skin For The Old Ceremony‘, is more fulsomely recommended by live versions of Who By Fire, I Tried To Leave You, There Is A War, Chelsea Hotel #2, Lover Lover Lover and Is This What You Wanted. 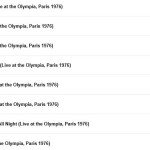 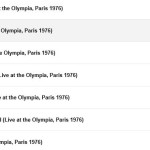 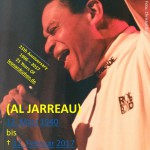 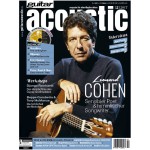