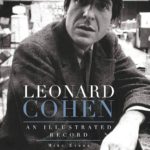 For more than four decades, Leonard Cohen’s mournful ballads of desire, heartbreak and lost faith have captivated audiences the world over. Now more popular than ever, the award-winning Canadian songwriter, novelist and poet is revered as a cultural icon and master of his craft.

Published to coincide with Cohen’s 80th birthday in September 2014, this is the first complete guide to his studio and live albums — from his studio debut, Songs of Leonard Cohen (1967), to his most recent record, Old Ideas (2012). Offering a comprehensive overview of each LP — from writing and recording through to release and legacy — Leonard Cohen: An Illustrated Record is a richly illustrated tribute to the body of recorded work that has made Cohen a legend in his own lifetime.

Publishers Weekly (on The Beatles: Paperback Writer): ‘Evans, editor of this outstanding compendium of Beatles writing, has an eye for the relevant, the telling and the truthful, as well as the acumen to organize these accounts in a way that best tells a story. ’

Hunter Davies (Official Beatles Biographer): ‘Excellent, revealing and amusing. An invaluable collection which will be enjoyed by all. ’ 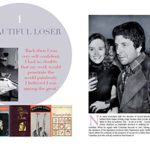