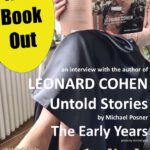 1. Michael Posner, first of all, congratulations on the book about Leonard Cohen’s „untold Stories“. THERE are currently so many new books about Leonard Cohen, some good, some not so good, Michael Posner’s one of the good ones…. Can you tell us how you came up with the approach to make this book the way we hold it now? A book of around 450 pages full of “untold stories”?
I had read the other biographies of course and each of them have their own individual strengths… My sense as a journalist however was that they had probably not exhausted all the avenues of Leonard Cohen‘s life… That there were more people, stories, relationships, than had been explored, as good as these books were…But I have been long partial to the oral biography format, which allows more voices to have a seat at the table, and I thought that might be a way to do justice to Leonard’s story.
2. Can you say something about your research on the book? How long did you work on it?
I started four years ago, about a month after he passed… And of course I’m still working on books 2 and three in the series… When I began, I did not have a publisher, so I would call somebody I knew had a connection to him and conduct an interview. Typically, … That person would suggest one or two more people I should talk to, and they in turn would suggest even more people, and thus the list of interviewees just kept growing… I’m now somewhere north of 520 separate interviews … Many of these people I have interviewed multiple times, because of their importance in his life… 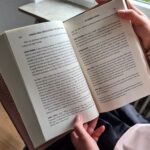 3. How and when did you meet Leonard Cohen and how often? When was the last time?
I never met Leonard, unfortunately… I saw him in concert in 1967 in Winnipeg, I saw him once on the street in Toronto and we exchanged a glance which indicated to me that he knew that I knew who he was… And I saw him once in concert in Toronto in 2012 or 2013… Without a doubt the best concert I’ve ever attended… Otherwise we have no personal connection, except for an email I sent him about 2007
Asking if he might agree to participate in this kind of book. He wrote back and said no in a very gentle way…
4. How did you get all the people who told you these “untold stories”?
Not easily… And there are many people that I did not get, who I would have loved to have been able to speak to… Perhaps other biographers in the future will be able to hear their stories… Essentially, when people were reluctant to be interviewed, I would tell them that we need to think about Leonard Cohen as a kind of Shakespeare or Goethe  Or chekhov …In other words, imagine if we could read about the lives of these great writers and hear the stories about them from their friends and associates… In the case of Shakespeare, we literally know for certain only 12 facts about his life… All the rest is speculation… There are hundreds of books about him, virtually all of it speculative… But because of the Internet, We can now easily find and connect with people who knew Leonard at various stages of his life and in the various walks of his life, the musical life, the lliterary life, the zen life, the Jewish life, the romantic life etc… and like Shakespeare and like chekhov and like goethe, his work will last a very long time, and we will want to know how to connect the dots Between what was going on in his life in the work he was creating.
Some people agreed and consented. Others declined… The argument did not always work… In many cases, it was a matter of being very patient, people needed time to think about it… Still, there remain people who knew Leonard well who will probably take all of their memories and stories and observations of him to the grave.
5. Which of the so-called „untold stories“ that you have been told or that you have researched impressed you the most and why?
To be honest I think there are more revelations about him in the second and third books in the series than in this first book… To use a baseball analogy from North America, the first book has a lot of singles and a few doubles… A lot of interesting stories, many new… Stories for sure, but nothing particularly explosive… The other thing I have tried to do to some extent is to situate these early years of his life in a broader social context, against the backdrop of what was happening in Canada and the world at the time, the drug revolution, the sexual revolution, the women’s liberation movement, the political ferment and, in Quebec, the drive for independence…
6. The subtitle of the book „Untold Stories: The Early Years“ gives hope for a sequel? How many volumes do you have planned and has the work already started?
There will be two other books, one next fall covering the years 1971 to about 1989… And a third book, the following year, from 1990 to the end of his life. Much of the work for these has already been done, but they are not yet complete.
7. If you could ask LC one last question today, what would it be?
If I can judge from his final works, the last album, the posthumous album that Adam produced so well and so lovingly, and the flame, the last book of poetry… What I see is a man full of regret and some remorse… So that is the area that I would probe if I had the opportunity… His regrets as a father, his regrets as a lover, his regrets as a writer 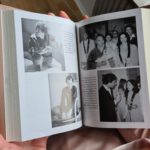 8. Which period of Leonard Cohen’s oeuvre do you like most and why?
A very difficult question… To be honest I like parts of every period of his musical journey… Many of the early songs… Many from the middle period And many from the end. when his lyrics are so finely crafted, essentially reduced to monosyllables.
I think one of the remarkable things about Leonard, one of the many remarkable things about Leonard, is his reluctance to repeat himself artistically, and his commitment to pushing the envelope and finding new forms of expression… So just as I do not want to reduce /-and interpret his character .. to a simple binary choice, similarly… there is no one period of hisArtistic life that speaks to me particularly… I find value and nourishment in every period of his life.
9. What question would you like to be asked about your book if you could ask yourself a question in an interview?
Another tough question… I don’t know… Perhaps something about how to get people to open up… And I’m not sure there’s a good or definitive answer… But the New Yorker magazine recently ran a profile of the writer Robert Caro, who wrote a series of books on the American President Lyndon Johnson…and in that interview, Caro was asked about his own tactics in interviews…
And he said his best stratagem was to write the initials S. U. In his notebook as the other person was talking… The initials S. U. stand for ‘shut up.’ In other words, resist the temptation to interrupt or make a comment… Just sit back and listen and let the interviewee talk 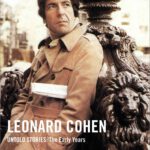 The extraordinary life of one of the world’s greatest music and literary icons, in the words of those who knew him best.

Poet, novelist, singer-songwriter, artist, prophet, icon—there has never been a figure like Leonard Cohen. He was a true giant in contemporary western culture, entertaining and inspiring people everywhere with his work. From his groundbreaking and bestselling novels, The Favourite Game and Beautiful Losers, to timeless songs such as “Suzanne,” “Dance Me to the End of Love,” and “Hallelujah,” Cohen is a cherished artist. His death in 2016 was felt around the world by the many fans and followers who would miss his warmth, humour, intellect, and piercing insights.

Leonard Cohen, Untold Stories chronicles the full breadth of his extraordinary life. The first of three volumes—The Early Years—follows him from his boyhood in Montreal to university, and his burgeoning literary career to the world of music, culminating with his first international tour in 1970.

Through the voices of those who knew him best—family and friends, colleagues and contemporaries, rivals, business partners, and his many lovers—the book probes deeply into both Cohen’s public and private life. It also paints a portrait of an era, the social, cultural, and political revolutions that shook the 1960s.

In this revealing and entertaining first volume, bestselling author and biographer Michael Posner draws on hundreds of interviews to reach beyond the Cohen of myth and reveal the unique, complex, and compelling figure of the real man.