EXCEPTIONAL LIVE RECORDING FROM LEONARD COHEN IN ZURICH 1993 Leonard Cohen s 1993 world tour may well have been the man s last had he not discovered in 2004 that his manager had been embezzling his earnings – leaving him with little from his long career in music and publishing to assist in providing a comfortable retirement. After a protracted legal battle, he once again took to the stage, at the age of 73, for his first tour in 15 years. The shows undertaken were of course magnificent, but it would be rather heartless to suggest this made the whole sordid affair any less contemptable. This latter day touring has resulted in a slew of live releases from his record company, Columbia. Tours for I m Your Man and The Future were not served anything like so well however, with a paltry single volume representing dates from both jaunts, and nothing in the way of an entire concert recording emerging. The release of this double CD changes this state of affairs however, presenting as it does Leonard s complete performance, recorded for FM Broadcast, at Zurich s Kongresshaus on 21st May 1993. A long term underground favourite among tape collectors, the perfection of the audio quality alongside a quite sublime performance make for one of the finest ever live Cohen albums. … says the product Information 🙂 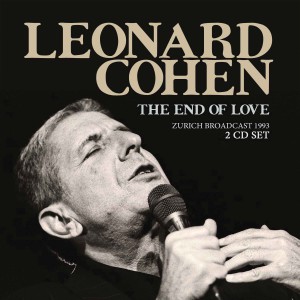