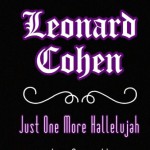 In 2016 the music world lost more than its share of iconic figures – David Bowie, Glen Frey, Prince and then in the final months of the year we lost the ‚Master‘. Leonard Cohen passed away on the 7th November 2016 and this book covers the feelings that he instilled in his fans all over the world, From Canada to Costa Rica, from Belgium to Bhutan, from the UK to the USA and many more countries in between, this is a book written from the fans perspective, written by fans and compiled and authored by a fan – Ian Carroll. Featuring stories and memories and even a selection of poems written on his passing, this is a true memorial to the man himself, great memories of a music legend with a back catalogue steeped in beautiful music and lyrics.