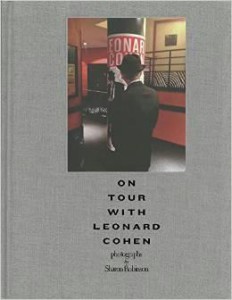 Sharon Robinson has been associated with Leonard Cohen since touring with him as a singer in 1979-80. She co-wrote and produced Cohen’s 2001 album, Ten New Songs, (one of Rolling Stone’s „Top 100 Albums of the Decade“), and co-authored the Cohen classics, „Everybody Knows“ and „Waiting for the Miracle.“ A Grammy winning songwriter, Robinson’s work has been covered by artists as diverse as Patti LaBelle, Don Henley, Aaron Neville, and Roberta Flack to name a few. Robinson’s solo album, Everybody Knows (2008), garnered wide critical acclaim, as have her recent performances on the Cohen World Tour. Sharon once worked as the staff photographer at the world-famous Coconut Grove nightclub in Los Angeles. Sharon is currently working on a new album that will be released in early 2015.